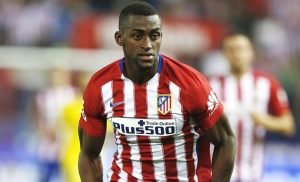 The Colombia international has agents offering him to clubs across Europe this month after falling out with his Guangzhou Evergrande coach, Luiz Felipe Scolari.

Scolari has failed to register Martinez for their Champions League squad and after a difficult year in China, the 30 year-old striker wants to return to Europe.

Martinez has been offered to several Premier clubs, including Chelsea, West Ham and Leicester City.

Napoli have held talks with the Colombian, though he will have to accept a hefty pay-cut for that move to happen. Representatives also have fielded interest from Besiktas and Fenerbahce, though the Colombian favours a move to the Premier League.