The Sullivan family move down two places and £50m to the 135th richest in the UK although the list was compiled before the current global health situation so it is likely to be much more.

Sullivan’s current wealth is mostly attributed to his vast property portfolio, stocks and shares plus his 50% shareholding in West Ham United.

This makes their combined wealth as £1.56 billion if the Sunday Times Rich List is to be believed.

Other shareholders including Karren Brady, Terry Brown, Tripp Smith and the Harris family  do not appear on the Sunday Times 1000 Rich List which starts at £120m 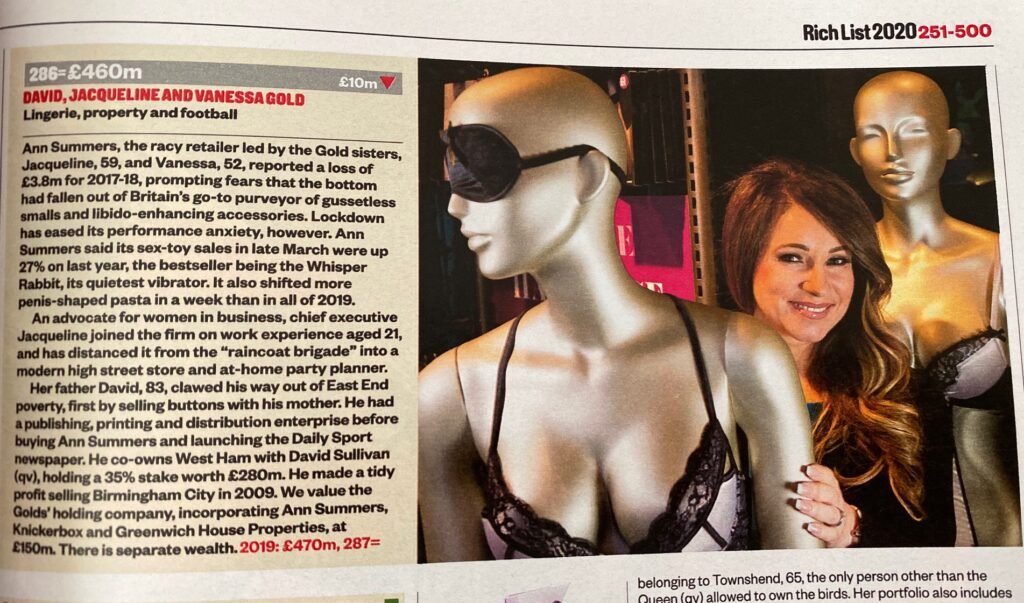 One comment on “West Ham owners lose £60m in wealth”