Posted by Sean Whetstone on January 22, 2021 in News, Whispers 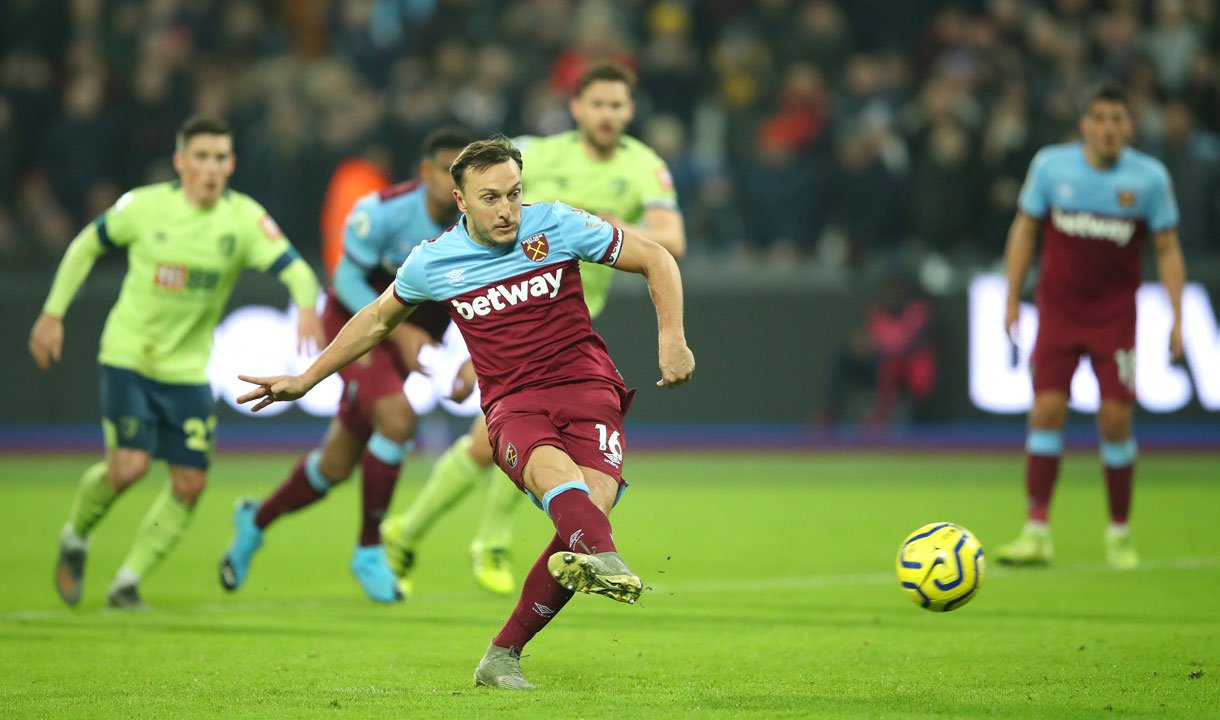 West Ham remains the only Premier League clubs not to have been awarded a penalty this season.

Leicester City top the table with ten penalties awarded followed by Manchester United and Brighton who have been awarded six each.

Liverpool, Chelsea and Fulham have received five penalties each from match officials.

Villa and Newcastle have been awarded four whilst Sheffield United, Manchester City, Arsenal and Spurs have been given three each this term.

Palace, Everton, Leeds, Wolves, West Brom and Southampton have two leaving Burnley with one and only the Hammers empty-handed of spot-kicks.

West Ham was denied another penalty claim this week at the London Stadium when Tomas Soucek went down in the penalty area on 71 minutes against Sam Allardyce’s West Bromwich Albion, a VAR check decided not to award it despite replays showing the Hammer got to the ball first.

Last season West Ham were awarded four penalties with six against them.