Many of West Ham’s first team squad players will be returning back to Rush Green after their summer holidays to start their pre-season training on Monday.

Any player who has not been involved in International action this summer will return to the training ground on Monday 1st July to be weighed, medically tested and put through their paces.

Fabianski and Marko Arnautovic were involved in the UEFA 2020 qualifiers while Declan Rice played in the  UEFA Nations League Finals. They are all due to return one week later on Monday 7th July.

Two players are still in tournaments so will join up later after their part in the tournament ends plus extra holiday before returning to pre-season action. 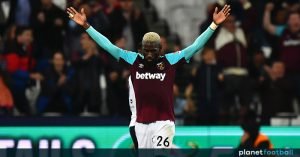 Fabian Balbuena got sent off in his last Paraguay game in Brazil for the Copa America. With Paraguay off he is likely to get two weeks off to rest before returning around the 14th July to make the trip to China.

Arthur Masuaku has one more game out in Egypt for the Africa cup of nations, his DR Congo faces Zimbabwe on Sunday but with wins in his group, they face elimination and he should also return in time for China.

Finally, Pablo Fornals is still in Italy with Spain for the European U21 Championships in which he has made the finals which is tomorrow. Again he has two weeks off so is likely to miss the Switzerland training camp but should join up with the first team squad for the trip to China.

One comment on “West Ham players to return on Monday”