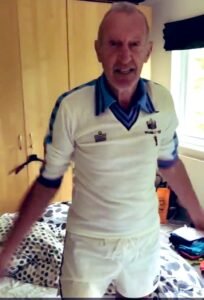 Crossy reveals the build-up to the special day in the team hotel in West London including a secret never revealed before on the eve of the famous cup win. He talks about the dressing room and what John Lyall told him as he remembers the day itself and his self enforced lack of celebration afterwards as he aimed to keep a clear head.

The podcast was recorded on  Sunday morning on the 10th of May. It is available on all popular platforms to listen online or download including Acast, TunedIn, Player.FM and ITunes

Now also on Spotify too at MOORETHANJUSTAPODCAST

Join the discussion on the MTJAP Facebook group at https://www.facebook.com/moorethanjustapodcast/