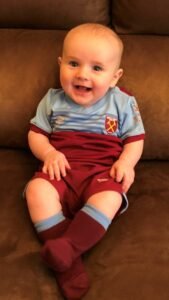 With West Ham currently out of Premier League action due to the suspension of football, the Club’s Official Programme is also taking an enforced break from publication. Dozens of supporters had submitted birthday and other announcements for the issues for the home games with Wolverhampton Wanderers and Chelsea, which have of course since been postponed. But the club wanted to make sure those supporters’ Fans United messages still got through, so they are publishing them on the Official Website instead!

If you have a birthday or other announcement to make, please submit it with a photo attached and send it to programme@westhamunited.co.uk and the club will be publishing Fans United galleries between now and the return of football, whenever that may be.