Posted by Sean Whetstone on April 16, 2018 in News, Whispers 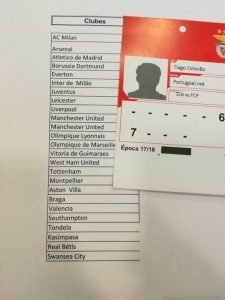 West Ham scouts were present at the Porto vs Benfica game last night.  The Hammers are one of twenty clubs to send a scout to the Portuguese match which ended 1-0 to Porto. Raul Jimenez was one of those playing who has been previously linked to Irons.

Other reports have suggested Porto’s striker Moussa Marega is the real target, the 26-year-old, who can play either on the wing or as an out-and-out striker, is understood to be keen on a move to the Premier League, although Porto are likely to drive a hard bargain in a bid to cash in on one of their most prized assets.

The striker is reported to have a £35 million buy-out clause in his contract. Other club scouts present included Arsenal, Everton, Leicester, Manchester United, Spurs, Aston Villa, Southampton and Swansea City.