Posted by Sean Whetstone on February 12, 2016 in News, Whispers

West Ham came out second in a table watching each home goal scored this season. The cost of attending every home game this season based on the cheapest ticket has been divided by the total number of goals scored. Each goal has cost the average Hammers fan £8.82 to watch, just behind Leicester fans who paid a little less at £7.76. In contrast Chelsea fans paid £16.49 per goal, Manchester United fans paid £18.60 per goal while the worst value is Watford with £19.50 per goal for their suffering fans.

West Ham came under heavy criticism in the media earlier this season for the cost of some general tickets for category A games. A report by the BBC claimed West Ham have the dearest adult away tickets at £70 in the Premier League and the second dearest home general ticket at £95 for some games, just £2 behind Arsenal’s massive £97 per game. 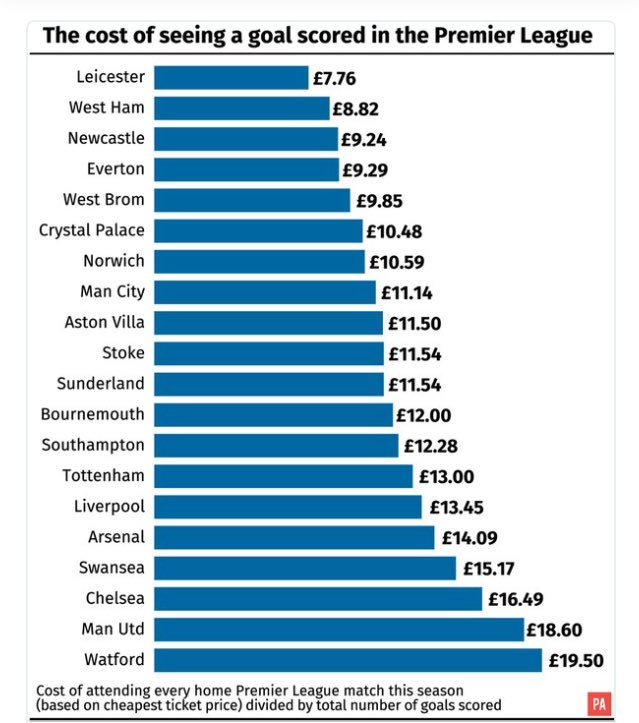