Posted by Sean Whetstone on September 26, 2016 in News, Whispers 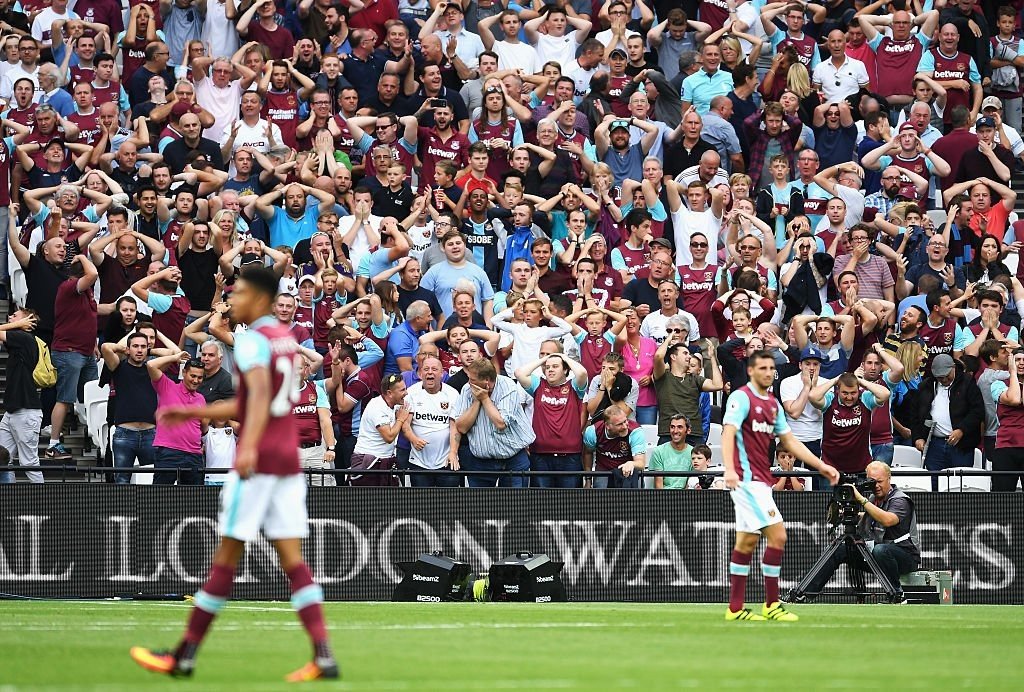 West Ham have lost five of their opening six Premier League games for the first time in their history. So we have officially had the worst start to any Premier League season after yesterday’s embarrassing 3-0 defeat.

After scoring in the last 18 Premier League matches we failed to score a goal for the first time since February.

Last season at the six game point, we had a goal difference of plus six after scoring 13 goals and conceding just seven, four of them on one game against Bournemouth.

This season is a complete reverse scoring seven goals but conceding 16 leaving us on a goal difference of minus nine.  We have conceded 11 goals in the last three games.

As skipper Mark Noble said the only bright side is things can;t get any worse or can they?

← London Stadium: Empty seats – Sit where you like
Six and out? Slav could soon find out! →
Click Here for Comments >