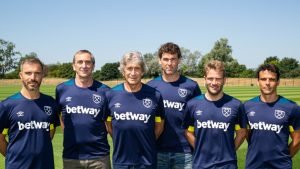 West Ham first team players have just one day remaining of their holidays before they must report for duty to kick off West Ham’s pre-season schedule.

The first team squad along with a number of Academy players will fly out to Switzerland on Monday afternoon with Manuel Pellegrini and his new backroom team. Those on International duty such as Cheik Kouyate and Lukasz Fabianski will be given another two weeks off after being knocked out of the World Cup while Javier Hernandez will also have two weeks more holiday after Mexico finally bow out of the tournament which could be as early as Monday. 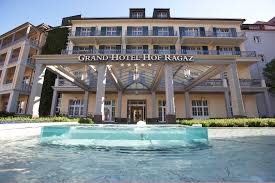 The first team squad will be staying at the Grand Resort Bad Ragaz in the northeast section of Switzerland, also known as Heidiland.  The Hammers scheduled stay in Switzerland is 2nd to 13th July and the Hammers will play FC Winterthur will play at the Stadion Schützenwiese close to Zurich in Northern Switzerland on Sunday 8th July at 3 pm.

After two days off on their return, they start a series of home pre-season friendlies. They face Wycombe Wanderers on 14 July  at Adams Park followed by  Preston North End at Deepdale on 21 July

The Hammers then travel to Bescot Stadium on 25 July to face Aston Villa and three days later they face Ipswich Town at Portman Road on 28th July. Two weeks later comes the first day of the Premier League comes away at Anfield on 11th August.

One comment on “West Ham squad return on Monday”