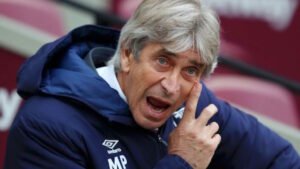 West Ham’s away win at Stamford Bridge this afternoon means the Hammers have climbed four places to 13th place in the Premier League table. The Irons are just three points off Wolves in sixth place who we play on Wednesday evening.

The board decided to keep their nerve and not sack their manager to wait if he can turn things around.

Granted today was just one game against a poor Chelsea side but it is our first away League win at Stamford bridge in 17 years and Chelsea’s first loss at home in 15 games with Liverpool the last team to overturn them at home.

Pellegrini is not out of the woods yet but improved results between now and the end of December could mean he remains our manager for at least the remainder of the season and maybe beyond.

Not only did West Ham look defensively solid with Ogbonna and Balbuena in the centre of defense but Martin grew into his role giving the whole team confidence.

Dropping Haller from the start and bringing Fornals was another brave move by the manager but it paid off.  Antonio has another great game and Fornals had the best perfomance in a West Ham shirt to show he might just make it in the Premier League. after all