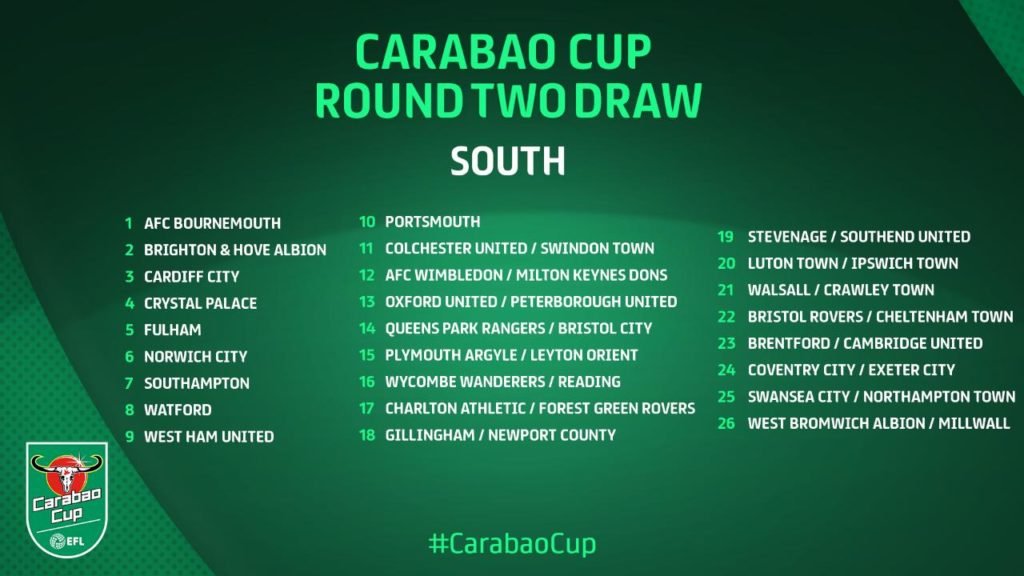 The Carabao Cup second round draw will take place this evening when West Ham will learn their opponents.  It won’t be Manchester City, Liverpool, Tottenham, Chelsea, Arsenal, Manchester United or Wolves who all skip this round due to playing in Europe and it won’t be a number of clubs in the North as the Hammers are restricted to a Southern pool.

The draw will be conducted at the Peninsula Stadium following the conclusion of Salford City’s first-round showdown with Leeds United. That game is scheduled to get underway at 7.45pm so, providing penalties are not required, the draw should begin around 9.35pm this evening.

Sky Sports presenter Laura Woods will host the draw, which will be broadcast live on Sky Sports Main Event and Sky Sports Football. Premier League, Championship, League One and League Two clubs can be drawn against each other in any combination.

The draw will be regionalised into north and south sections to reduce travel times for supporters.  The Hammers are ball nine in the Southern draw.

The second round fixtures will take place in the week commencing Monday, August 26.

One comment on “West Ham to learn cup fate this evening”