West Ham are rumoured to amongst the clubs keen to sign Emanuele Giaccherini if Sunderland are relegated this season according to talkSPORT.

Sunderland completed the deal to bring the Italian international over from Juventus last summer, but he is unlikely to want to take a drop down to the  Championship.  He has become increasingly frustrated with his lack of first team opportunities under Gus Poyet. However, West Ham are willing to offer the Italian a Premier League lifeline at the end of the season. Sources in Italy claim the 27-year-old is looking for a way out of the club at the end of the season. 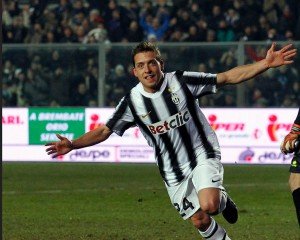