West Ham top the wrong table of the decade 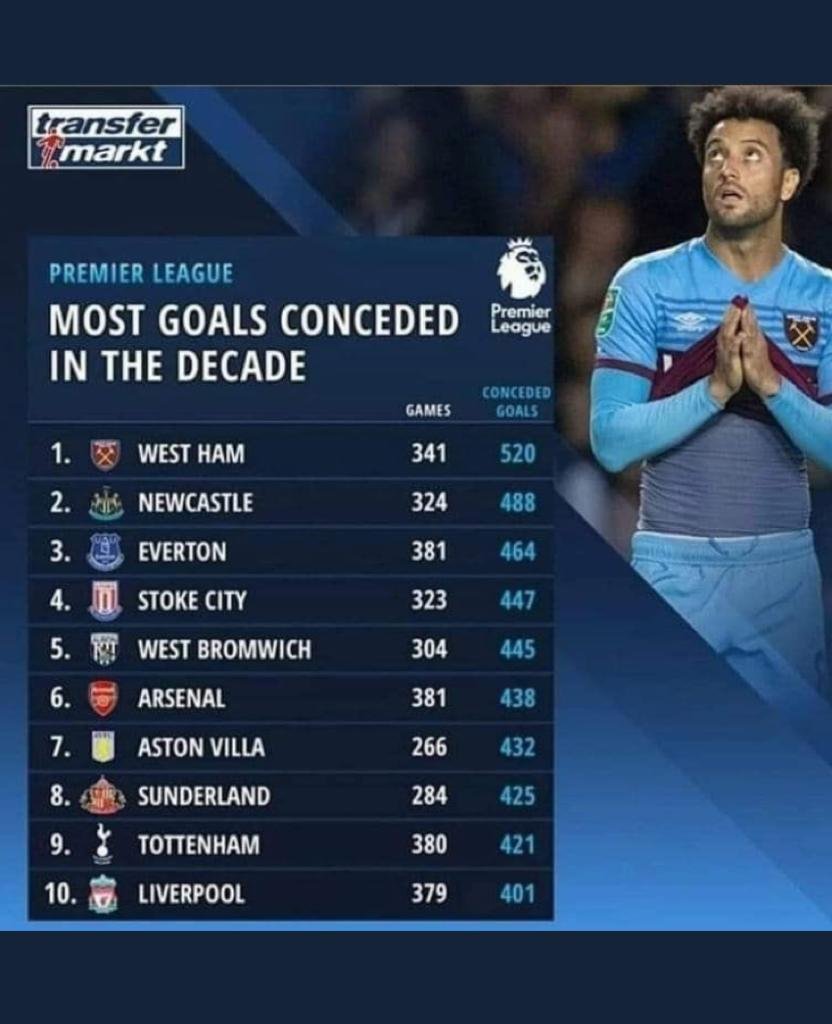 West Ham have been ranked the top Premier League team to concede the most goals in the last decade.

The info graphic by TransferMarkt shows the Hammers have conceded a total of 520 goals in 341 Premier League games.

The West Ham decade  started with Gianfranco Zola in charge before he was replace by Avram Grant, next came Sam Allardyce, Slaven Bilic, David Moyes and Manuel Pellegrini to round off the decade.