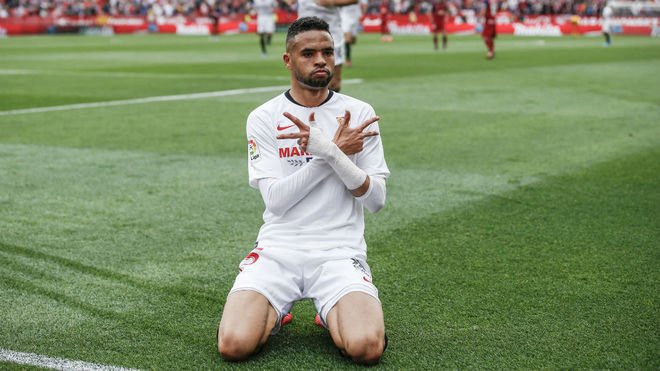 West Ham transfer target Youssef En-Nesyri has been rated the star man in Europe by WhoScored.com

David Moyes is set to re-ignite his interest in Sevilla striker Youssef En-Nesyri this summer, according to reports.

The 23-year-old, valued at over £35million, was the subject of an offer from West Ham club last month – although the bid was rejected.

Moyes later admitted interest and a bid to reporters adding no deal had been concluded.

En-Nesyri has scored 16 goals in 30 games this season making him a target for a number of clubs across Europe.

The Morocco international joined Sevilla for £18m from Leganes just over 12 months ago, having signed a five-and-a-half-year deal.

En-Nesyri and his agent said the player was unwilling to leave Sevilla during the middle of the campaign but hinted he maybe be open to a move away in the summer. En-Nesyri progressed through the youth ranks at Malaga before leaving for Leganes in the summer of 2018.