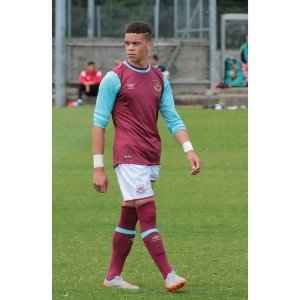 West Ham has rejected offers for Hammers academy youngster Marcus Browne to go out on loan, according to reports this afternoon.

The 18-year-old is yet to make his first-team debut for West Ham but has been has played regularly for under-21’s and under 18’s. In recent weeks he has been training with the first team and was included as an unused substitute against Blackburn Rovers on Sunday in the FA cup. 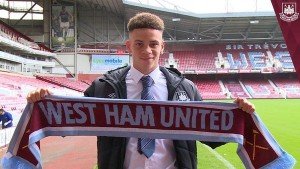 The midfielder signed his first professional contract late last year just before his 18th birthday. He has been on the books of West Ham since he was eight years old.

A number of Football League clubs are understood to have made enquiries about signing Browne on loan, but West Ham are keen to keep hold of the attacking midfielder. Browne is expected to be rewarded with his first debut before the end of the season.

Below is a video of Browne attempting to replicate David Beckham’s half way line wonder goal.

← Bleak Irons news for Allardyce
Farewell Boleyn: Memories are made of this! →
Click Here for Comments >