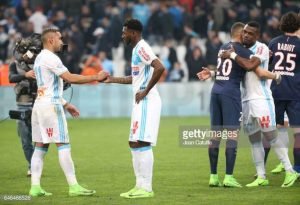 According to French website La Provence, Anguissa has a number of Premier League admirers with West Brom, Watford and Newcastle all said to be tracking the midfielder. West Bromwich Albion had a €15m bid rejected by the French club last summer.

Marseille are just a point behind second-place Monaco and continue to battle for a Champions League place. The player has put in some impressive performances in defensive midfield for Marseille.

He has made over 20 league appearances for the club this season, including a man of the match display in his last game against Bordeaux. playing alongside the experienced defensive midfielder Luis Gustavo, Zambo Anguissa has forged a strong partnership with the Brazilian. Marseille are currently on a run of 12 games unbeaten in all competitions.