Posted by Sean Whetstone on January 27, 2021 in News, Whispers 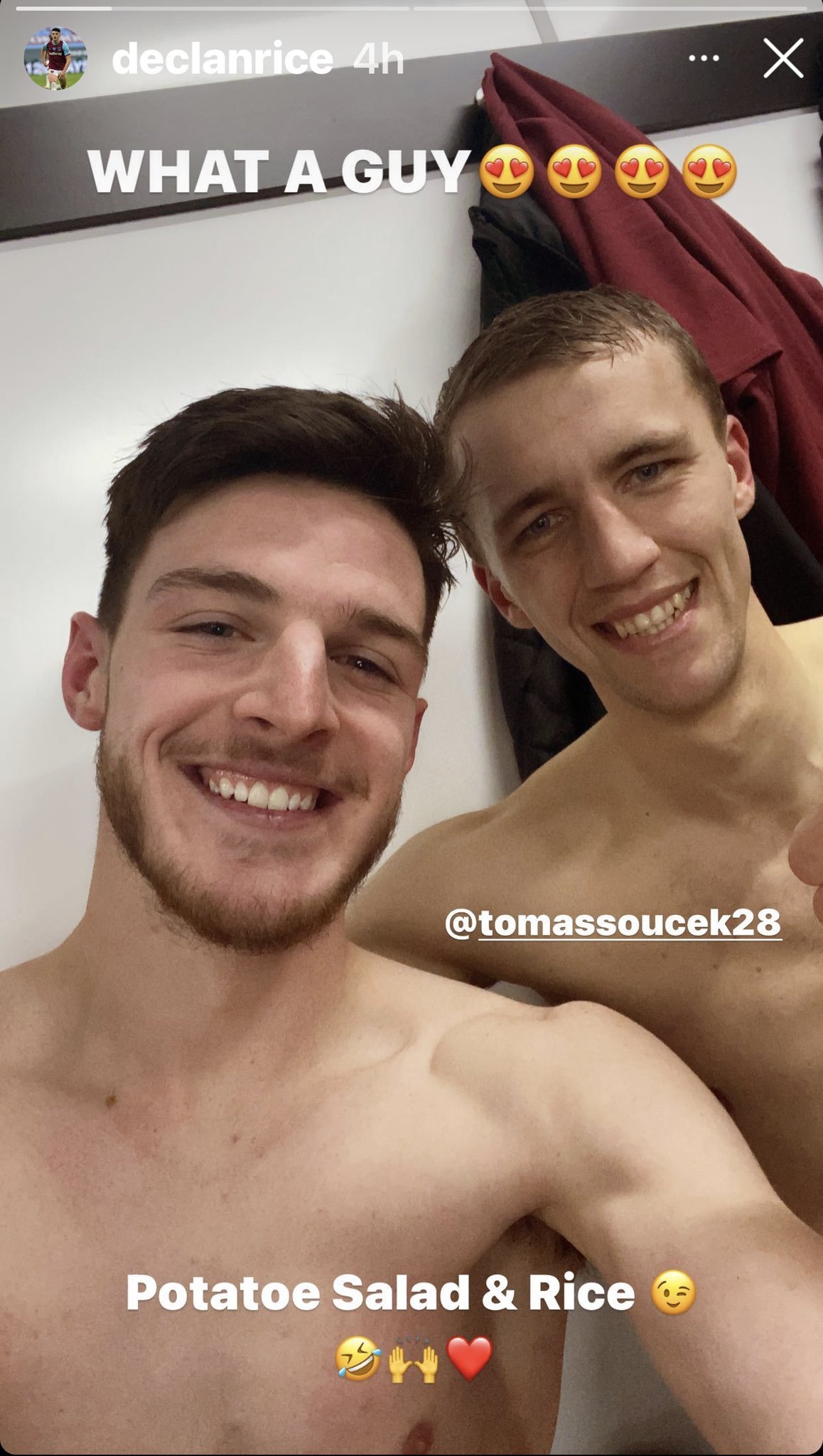 If Declan Rice is worth £100m then Tomas Soucek has got to worth a similar valuation.

The Potato salad king scored another two goals last night taking his season tally to seven which is not bad for a defensive midfielder signed for £18m from the Czech Republic.

Of course the £200m duo are not for sale at any price but performances like that will bring admirers from the top six clubs in the Premier League.

That would usually be a problem for West Ham but we are now a top six club ourselves with the likes of Liverpool, Chelsea, Spurs and Arsenal all beneath the Hammers so they can forget it!

The team spirit, comradery and togetherness is there for all to see and you can see how much the win meant to the players after the final whistle was blown. We could be at the start of something special should we dare to dream.