Posted by Sean Whetstone on July 6, 2017 in News, Whispers 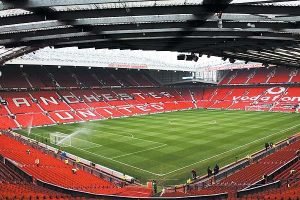 West Ham’s first game of the Premier League 2017/2018 season with Manchester United at Old Trafford has been rescheduled to Sunday 14th August at 4pm and will be televised Live on Sky Sports.

The rescheduled date is technically under the minimum six weeks that the Premier League promise to give fans.