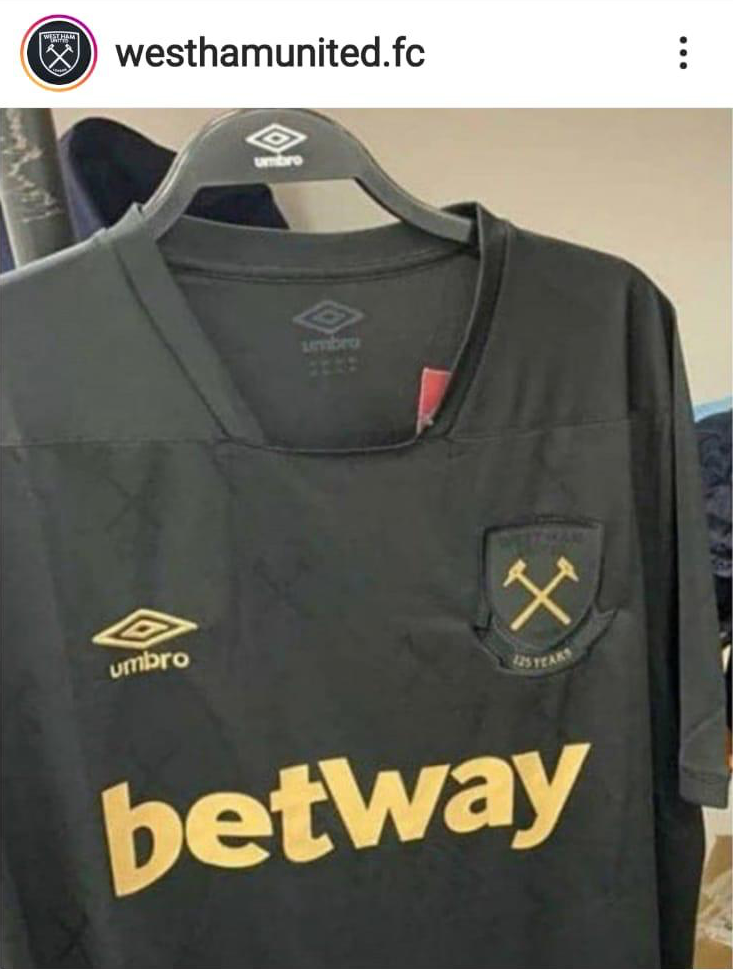 A photo of West Ham’s third kit has been leaked on social media.

The main back body of the kit has faded crossed Hammers within the fabric and the shirt features a square collar.

West Ham has already unveiled the Club’s Commemorative 125th Anniversary Umbro Home and Away kit, that they will wear in the 2020/21 season.

The kits were inspired by the Club’s golden period of the 1960s, during which the east Londoners won the FA Cup and European Cup Winners’ Cup and provided three members of England’s 1966 FIFA World Cup-winning team glory.

The home kit features the Club’s iconic Claret and Blue shirt, complemented by traditional white shorts and socks, was designed and finalised following consultation with supporters, resulting in a striking strip that looks as good at home as it does on the pitch. The 125th Anniversary Away kit is a modern twist on the strip worn by all-time greats Bobby Moore, Geoff Hurst and Martin Peters.