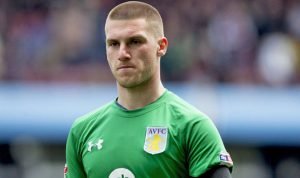 Aston Villa currently sit in fourth place in the Championship firmly in the playoff places for a chance to get promotion to the Premier League. On one hand, the Hammers will be hoping that Villa win promotion to get a decent bid for Robert Snodgrass on loan to the Midlands club, however, on the other hand, West Ham have a greater chance of landing reported keeper target Sam Johnsone on loan from Manchester United if their promotion bid fails.

Back in December Steve Bruce said of Johnstone “We will do everything in our power to get him here permanently,”

“He is going to find it difficult at United to break through because of what they have got so we are hopeful.”

West Ham will want a minimum £12 million for on-loan Robert Snodgrass should Aston Villa want to sign the 30-year-old midfielder in the summer. Snodgrass has become a firm Villa fan favourite with seven goals from 32 appearances and has spoken regularly of his desire to stay in the Midlands.