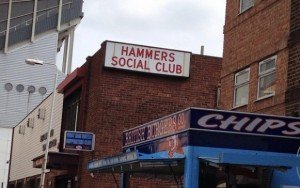 The Save Our Supporters Club Campaign (SOSCC) has announced plans to take legal action against the Committee of West Ham United Supporters club to prevent dissolution of the 70 year old institution.

A Special General Meeting, held at the Boleyn Pub on Sunday 20th May 2018, saw a vote of 18-6 in favour of dissolution. 43 fully paid up and verified members, who were entitled to vote and intended to vote against dissolution, were refused entry to the meeting by the Executive Committee and were 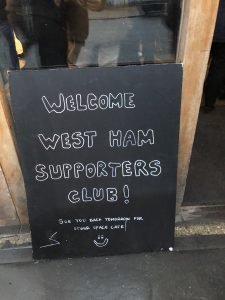 The SOSC has announced that they will be taking legal action in order to prevent the existing Executive Committee from closing the club and sharing the proceeds of the sale among a small number of members. The value of the assets is estimated to be in excess of £400,000.

The campaign has raised £1,130 in the first 24 hours of donations when renewing membership and a nds crowdfunding site.

If you want to help contribute towards the fighting fund you can donate at https://www.justgiving.com/crowdfunding/saveoursupportersclub

You can sign up for 2018/2019 Matchday bar or renew your membership for Stour Place at https://membermojo.co.uk/sosc2018

← Pellegrini: The Fans React
Pellegrini rocks out with the Stones →
Click Here for Comments >