Westley: ‘Dec could be a Hammer for a long time to come’

Exclusive CandH blogger and former academy director Terry Westley is looking forward to seeing Declan in action for England in the Euros before returning to drive the Irons in the Europa League. Here he discusses what he believes the future holds for the Hammers crown jewel.

It’s been a very long while since we’ve had a Hammer so heavily involved for the national team and I’m obviously delighted it’s a young man with whom I had so much to do in my time at the club. I am still an Iron and am thrilled at the way Dec’s career is panning out. 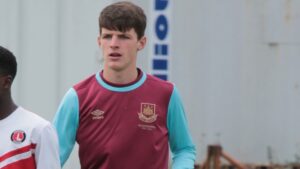 And I want to say this straight away. In my view he will definitely be here next season in my view and for a long time to come so long as his and the club’s ambitions match up. With David Moyes in charge I think they will. There’s no reason why we cant be a top top six club and that would be enough.

There’s more than a chance that if we can keep up the levels of last season Declan could even emulate Mark Noble and stay at the club for good because let me tell you, for all the Chelsea talk, he loves West Ham and is an Iron to his backbone.

I just hope and pray that when things go a bit wayward on the results front – as they obviously can do in this game – those fans who get involved in big moan ups keep it zipped. Every club  has it’s rough time and that’s when they need the fans to keep their cool. 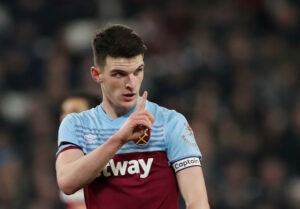 I read on CandH yesterday  that Snoddy had said the lads were so  impressed with Dec when he arrived in the first team dressing room and that all he wanted to do was learn and lead. I can assure Snods that’s been Declan since he was a boy. I’ve never known a more dedicate youngster who simply wanted to be the best he could be and work at it day and night.

We all know you need a Hammer or three to win an international tournament and I think England can do very well but it’s next season and West Ham United that really matters to us all and Declan will definitely be a part of it for a while to come in my opinion.

Tel was talking to Hughie Southon