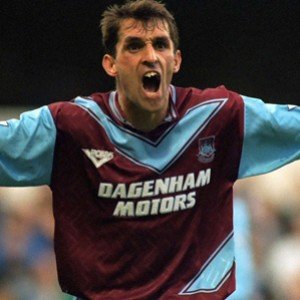 Westley was in charge for just over two months after arriving on 15 January, but won only two of his 11 games in charge.

The former West Ham midfielder Allen arrives for a fifth spell as Bees boss, having first taken charge of the club in 2003.

Allen’s most recent managerial role was at non-league Eastleigh, but he was sacked in February 2017 after just 14 games.

He left Barnet for the role at Eastleigh, after the club allowed him permission to speak to the National League outfit.

Allen returns with Barnet seven points from safety, at the foot of League Two, with eight matches remaining this season.

Barnet were last relegated from the Football League in 2013, when former Netherlands international Edgar Davids was in charge, but Allen led them to promotion from the Conference two years later.

← Hammers need a licence to kill!
New deals for Lanzini and Rice will need to wait →
Click Here for Comments >