What is the Europa Conference League?

West Ham are staring down the barrel of qualification for the Europa Conference League, the new competition that will run alongside the Europa League next season.

Any European football would undoubtedly be a triumph this season, given how last season went, but not  much is known about the Conference League by any of us! 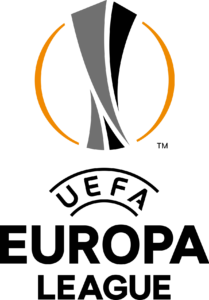 So we’ve put together a guide on what the competition actually is and how the Hammers can qualify.

The Europa Conference League is the new competition introduced by UEFA for those clubs who won’t be playing in either the Champions League or the Europa League next season.

WHO QUALIFIES IN ENGLAND?

As it stands, the seventh-placed team, and this is where it gets a little bit complicated. The winner of the Carabao Cup would usually get a spot but champions Manchester City won that, so their place passes to the next highest-ranked team in the competition who haven’t qualified for Europe.

The same goes for the FA Cup, as Leicester won it, and they are on track to finish in the top four. As a result, sixth-place are on course to be qualifying for the Europa League, with seventh in the Conference League.

On current standings, that would be the Hammers.

The seventh-best teams in Spain, Italy and Germany would qualify along with various other representatives from other leagues. On current standings, that’s Villarreal – provided Man United beat them in the Europa League final – in Spain, Roma in Italy and Union Berlin in Germany.

WHEN DO THE GAMES HAPPEN?

The same night as the Europa, so Thursdays.

WOULD WEST HAM GO INTO THE GROUP STAGE?

No. They’d have to qualify via a two-legged play-off that would take place in August.

Winning that would grant access to the group stage and then the Conference League operates in the same way as the Europa League, with knockout games leading to the final.

WHAT DO YOU WIN?

In addition to a sparkly trophy, access to the following season’s Europa League, unless they have already qualified for the Champions League.

7 comments on “What is the Europa Conference League?”