Whatever happened to Freddie Piquionne? 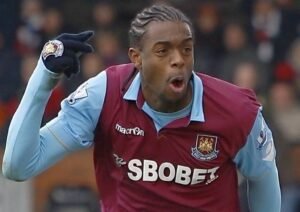 Freddie Piquionne is a name that will always be associated with a torrid season under Avram Grant for West Ham United fans, although there are a few happy memories connected with the player.

The Martiniquais striker was recruited by the Hammers prior to the ill-fated 2010/2011 campaign, costing just over £1m from French club Lyon – Piquionne had impressed during the previous term on loan at Portsmouth in the Premier League.

Things got off on the right foot for the tall forward in east London as he netted five times in his first 14 appearances in all competitions, including a memorable winner at home to bitter rivals Tottenham Hotspur.

However, the rest of the campaign wasn’t kind to Piquionne or the Irons as only four further strikes could be added, and the club were sent tumbling down to the second tier.

Many expected the Frenchman to depart that summer, but he stayed and grabbed a handful of Championship goals, ultimately helping Sam Allardyce’s men to get back to where they belonged via the play-offs.

But, a loan to Doncaster Rovers would be the beginning of the end for Piquionne at Upton Park and eventually, he left early in the following year.

A new challenge in Major League Soccer would await for the frontman as he hooked up with Portland Timbers, although this move didn’t work out and he was back in France with Creteil ahead of 2014/2015.

It would have seemed logical for Piquionne to end his career where it began in his French homeland in 2000 with Nimes, before spells at Rennes, Saint-Etienne, Monaco and Lyon as he matured and headed to England in 2009.

He did not want this and at the age of 36 was enticed into a move to the Indian Super League to represent Mumbai City F.C.

His fellow French striker Nicolas Anelka was a player-coach at the time under the management of former England international and Manchester City hero Peter Reid.

Due to his age, Piquionne’s time in India was always going to be limited and he managed just 12 appearances and three goals before hanging up his boots.

Throughout his career, the centre-forward also enjoyed a respectable international career, earning one cap for France and nine for the national team of Martinique.

Following retirement, Piquionne went back to France to begin plying his trade in the coaching business with former club Creteil and nowadays can often be seen on French TV as a pundit.

← Moyes calls ‘unknown’ in for Blades clash
Nobes: ‘Being in the dug out with boss was fantastic’ →
Click Here for Comments >