The good news for West Ham is that Michail Antonio is: “back on the grass training” according to David Moyes, who also added at his latest presser: “we’ll hopefully get him back as quick as we can.”

That’s music to all our ears! The not so good news is that Arthur Masuaku has to wait at least another fortnight before any kind of resumption of training can begin for him!

In a way Arthur’s absence has caused Moyes as big a headache as that of Michail. The manager has reverted to a back four in recent games, instead of his preferred back five, with Masuaku providing the effective attacking width coupled with defensive cover down the left in front of Aaron Cresswell. 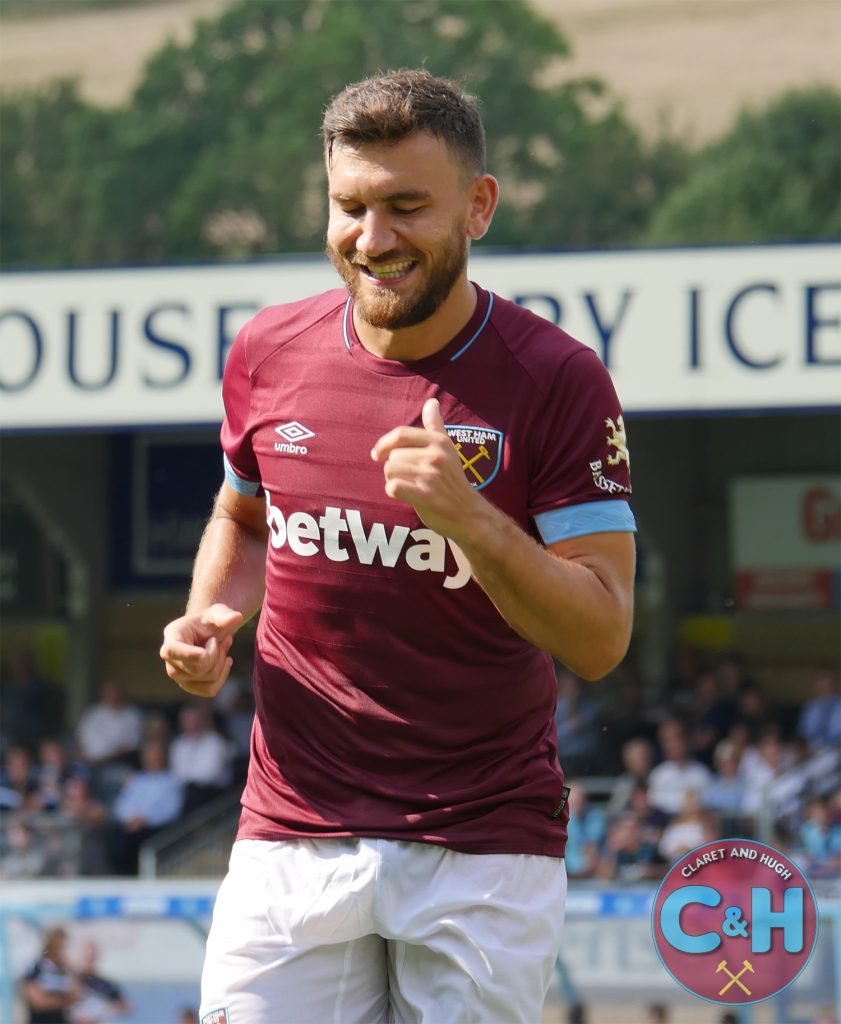 But the enforced change has meant the team have lost the balance and defensive solidarity we were showing in our impressive start to the season.

After Wednesday’s 3-0 defeat by Chelsea there have been calls for Moyes to revert to a back five again for the next game against Brighton and Hove Albion. But who would be best suited in the Masuaku role?

Could it be the perfect opportunity for Robert Snodgrass to find a way back into the team? Like Arthur, Snoddy is a natural left-footer. He can cross on the run without having the need to check back onto a favoured foot, a problem we have seen with both Pablo Fornals and Said Benrahma operating on the left, both being predominantly right footed.

We know playing as a wing back can be a physically demanding role, but even as a 33-year-old Snodgrass still has a great ‘engine’ keeping him going.

If there is a criticism of Arthur it’s the fact he tended to lose concentration at times and was prone to making wrong choices. Snodgrass is far more worldly wise – he has years of experience  and carries a shrewd footballing head on his shoulders.

His know how would compensate for any pace he may have lost over the years. I seem to remember we had a player many years ago who was considered ‘slow’ in some quarters – that didn’t seem to hinder him!

There have been suggestions that Moyes could bring Issa Diop into the back three, releasing Cress to go and play wing back. But Aaron has been in such impressive form in his back three role, even being touted for an England call-up, I see no advantage to shifting him unnecessarily.

Most people felt Manuel Lanzini would start on Monday – but injury curtailed that and Moyes went for Mark Noble instead.  I felt that was the wrong choice!

Snodgrass would have been a better option on the night in my opinion. While he might not have the delicate craft of Manu, Snoddy can still pick a pass and clip a ball with great accuracy, and has more natural attacking instincts than the skipper.

Plus the fact he is still an excellent striker of a dead ball. With the aerial power we now possess in the side – making best use of corners and free kicks is vital in the search for goals.

Snodgrass has waited patiently for his opportunity this season – but being the excellent professional he is we haven’t heard him moaning and groaning or hitting social media in a huff.

He’s just stuck around, supported the team, both on and off the pitch. Snoddy deserves a chance to show what he can do in the wing-back role – and David Moyes knows full well should he give Snodgrass the nod he can count on the scot to give it his best shot.