Posted by Dave Langton on April 1, 2021 in News, Whispers

Wolves have been given a huge boost ahead of their clash with West Ham, as goalkeeper Rui Patricio is fit to play, according to the Express and Star.

The Wolves shot-stopper sustained a horrific-looking head injury against Liverpool before the international break. 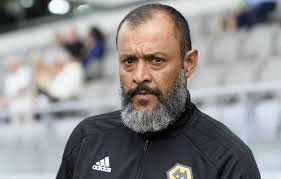 He did not link up with the Portugal squad for their World Cup qualifiers over the break, instead taking the time to recuperate with his club.

Patricio is now fit and he is available for selection against the Hammers.

Speaking to reporters, as quoted by the newspaper, Wolves boss Nuno Espirito Santo said: “After the incident he had some days being assessed by the doctor.

“The decision was made for him not to join the national team.

“So, he was here, he had time to recover and now he’s fully in training sessions, he’s completely recovered and ready to go.”

The 33-year-old has started every Premier League game thus far this season and is set to keep that record up against the Irons.

Daniel Podence could also be fit to play, per the report, after shaking off an adductor issue that has seen him absent since the February clash with Arsenal.

Podence has made 18 league appearances this season, scoring three goals and laying on one assist.