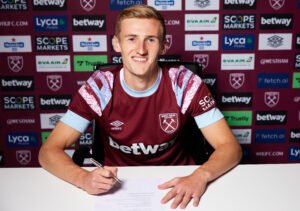 West Ham boss really needs to find some attacking spark against Wolves this weekend as the Irons look for only their second win of the season.

The Hammers have managed a mere three goals this season and against a team with a very decent defensive record Moyes need to find some creatively attacking answers.

Surprisingly, despite scoring only three goals themselves, the Molineux outfit have as good and better defensive record than those in the bottom 12 – with the exception of Everton.

The visitors have conceded just seven goals whilst the Hammers have seen none hit the net in the seven games played so far.

There’s a strong possibility that Wolves will play latest signing – the fiery former Chelsea front man Diego Costa up front and Moyes needs to decide whether  Scamacca or Antonio will be his goalscoring answer in front of the likes of Cornet, Benrahma and Bowen.

Flynn Downes must also have a big chance of replacing out of form Tomas Soucek in a vital game for the Irons.

← Moyes gets a warning from on high
Report: Chelsea won’t give up on Rice →
Click Here for Comments >