Andriy Yarmolenko produced one of the most emotional moments of the season with a brilliant goal to help see off Aston Villa and broke down in tears afterwards.

The Ukraine international was only called for because Mikey Antonio limped off with a muscle injury. 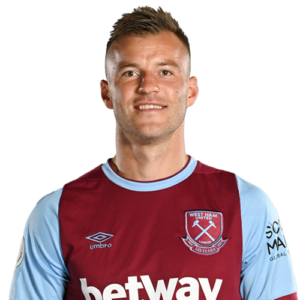 But he produced a moment of genuinely exceptional quality, as he brought down Said Benrahma’s cross and sent an outside-of-the-boot effort into the bottom corner.

It was a genuinely wonderful goal and he broke down in front of the Hammers support afterwards, having marked his first game since Russia’s invasion of Ukraine with such a wonderful moment of quality.

We have all been rocked by the news from Ukraine, and the images we have seen, but Yarmolenko’s goal showed that there remains hope amongst the rubble.

On 82 minutes, it was Pablo Fornals who made it 2-0, as he got on the end of Benrahma’s lovely cut-back before sending an effort below Emiliano Martinez.

Jacob Ramsey pulled a goal back with a minute to go, brilliantly finishing off an Emiliano Buendia pass from the edge of the box before six minutes of added time.

There will be an understandable concern over Antonio, and over Aaron Cresswell, who was also substituted with a muscle injury, but there was a defining image from this game: Yarmolenko, surrounded by his team-mates, on his knees and raising his hands to the Irons crowd.

We missed you, Yarmo. We love you. Thank you.