Posted by Dave Langton on November 10, 2021 in News, Whispers

West Ham will have to pay £34.2m to sign Charles De Ketelaere from Club Brugge, according to a new report.

The Hammers have been linked with a swoop for the 20-year-old, who operates primarily as a striker but can also play as an attacking midfielder. 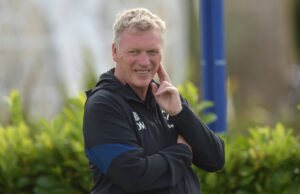 De Ketelaere has enjoyed something of a breakthrough season this term, making 19 appearances in all competitions and scoring five goals, while also registering four assists.

Now Voetbal Krant reports that he is almost certain to leave the club and that any transfer will cost as much as £34.2m, with the club receiving a record-breaking fee for the Belgium international.

He will not move on in the January transfer window, meaning that any deal will almost certainly take place in the summer.

Along with the Hammers previously being linked, there is also interest from Atalanta, AC Milan, Napoli, Juventus, PSG, Borussia Dortmund and Real Madrid.

If the Irons do manage to bring him in, it will be a gigantic coup.