Yarmolenko confirms he is a Hammer

Andriy Yarmolenko has all but confirmed he is about to become a Hammer today. The 28-year-old winger from Borussia Dortmund took to his own personal Twitter account to post some emojis of a plane, signing a piece of paper, crossed Hammers and sunglasses with the word “Rebus for the night”   A Rebus puzzle are basically little pictures which cryptically represent a word, phrase, or saying.

We may have deciphered the Ukraine International’s clever little code.  Jump on a plane to London, sign a contract with West Ham, get announced as a Hammer then relax in the UK heatwave to watch England beat Croatian to get to the World Cup final.

“I think everything will work out in England because besides being a good player, he’s also physically strong, and not afraid of contact, which is needed in the Premier League”.

Yarmolenko is expected to cost £17.5m although add-ons could take that price much higher. 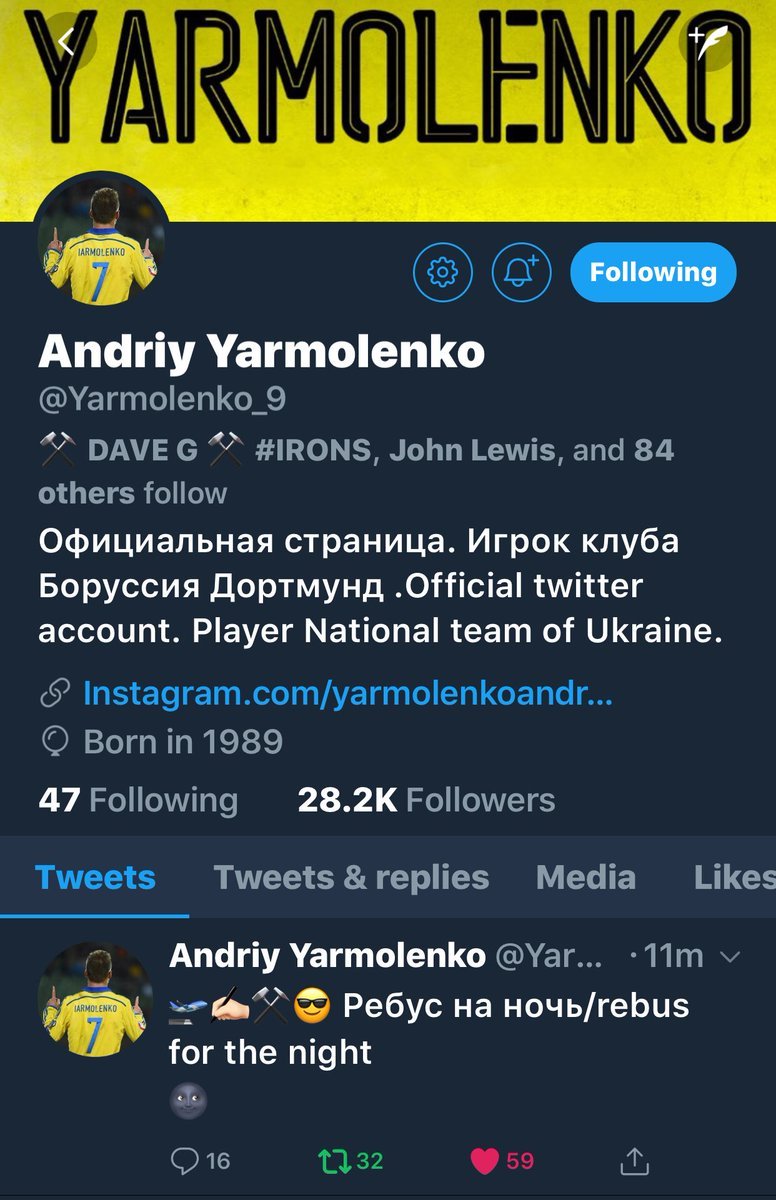