You will have to buy your seat again!

Posted by Sean Whetstone on January 31, 2016 in Sean's Blogs, Whispers 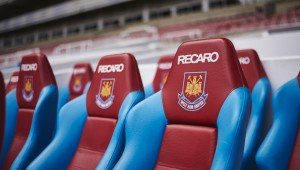 Some West Ham season ticket holders – who will remain nameless for this article – have been working all season out how they might detach their own seat after the last game of the season as a memento of the Boleyn ground.

The seats are bolted together is sections of five and some fans have already worked out what size spanner would be required to remove the plastic part of their seat after the final whistle has been blown whether it be the Swansea City or Manchester United game.

West Ham chairman, David Gold has revealed on twitter this week that the club plans to sell the plastic seats to fans. David replying to a question told a West Ham fan “Yes we will be selling the seats at Upton Park when we leave. dg”

West Ham fan, Stephen Beasley replied “How can you charge people to buy their seats? Ain’t we payed enough over the years already?”

4 comments on “You will have to buy your seat again!”