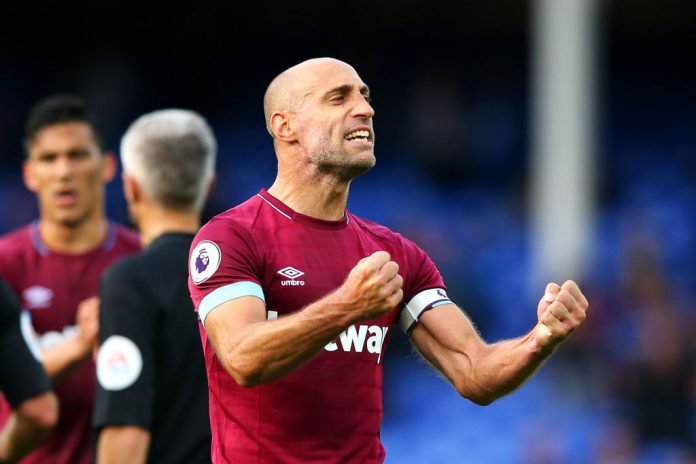 Pablo Zabaleta is set to be offered a new deal with the Hammers even if he misses out on the 28 appearances required to trigger one automatically.

ClaretandHugh has learned that the defensive veteran will be offered a deal thus ending weeks of speculation over his future.

There have been worries for weeks since he spoke about the possibility of retiring at the end of this campaign – a scenario which would horrify manager Manuel Pellegrini who is one of the former Manchester City man’s biggest fans.

Despite the Argentinian hitting 35 next January the manager and club will have no hesitation in persuading him to stay at the London Stadium.

We were given the inside track by a senior London Stadium source who told us by e mail: ” The manager loves him and is determined to do everything to keep him at the club. Zaba is a superb pro and a great role model for everybody.”