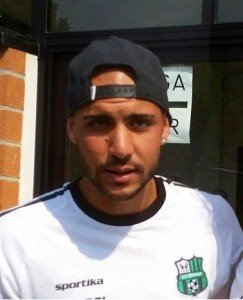 Valencia have emerged as the latest club apparently ready to give Simone Zaza a route out of his West Ham hell.

And sources close to the player are claiming his chances of success at the London Stadium were always going to prove immensely difficult given that he has never been played the lone striker role in his life.

One insider to his camp told CandH  “There was always some concern about a move to London and it was never likely to work with him being played one up.

The role is foreign to him and what with that and the general settling in period  it is tough call for Simone. We can’t recall him playing in that system  and it is very tough for him”

Now, however, both sides appear to agree that he will be seeking pastures new come January and some reports this motning claim the Valencia interest is  real.

It is claimed that Italian coach Cesar Prandelli has included his compatriot on his shortlist of targets.

Zaza would prefer a return to his homeland but is open to a move to the Spanish club.

The report adds that Valencia want the player to give them a definitive answer by the first week of December.