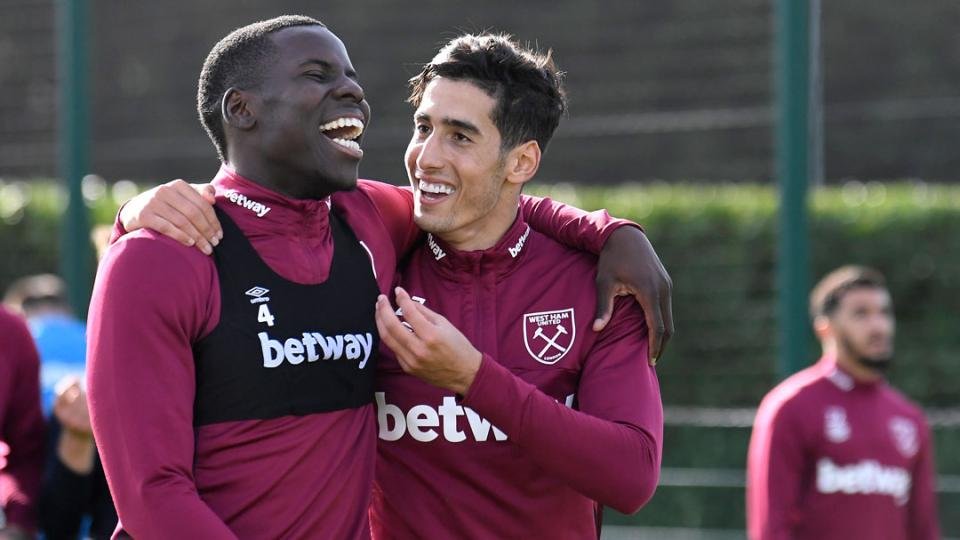 Kurt Zouma looks certain to be fit for action when the Premier League restarts after Qata.

The central defender was subbed after just 12 minutes against Leicester City making way for Nayef Aguerd who went on produce a mediocre performance at the heart of defence.

It was unclear what had caused the problem as the former Chelsea man left the field not looking seriously injured.

But this morning a CandH key source inside the London Stadium explained that the player had not been comfortable before the game started and the precautionary move seemed sensible as a result when he was clearly feeling a problem.

The 28 year is known to have a problem in his knee which has seen him miss games in the past since his arrival at the club.

And Claret and Hugh was told this morning: “He felt something in his bad knee in the warm- up and never felt comfortable. Hopefully with the break he’ll be fine.”

← Declan: “We can’t keep talking about the last two years”
Coach could be set for exit →
Click Here for Comments >