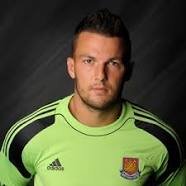 Ipswich are this morning being reported as keen to do a deal to take Stephen Henderson back to Ipswich.

ClaretandHugh reported yesterday that although manager Mick McCarthy is keen on the stopper, The Tractor Boys are unready to pay more than 25 per cent of his wages.

We explained that the issue was addressed during the negotiations which brought Aaron Cresswell to Upton Park and there is a possibility of a deal being resurrected if Town up their wage share offer.

Henderson has been way down the Irons pecking order and would love the chance of a move and talks could resume over the next couple of week.

He is out of contract next summer and is currently on £20k a week.