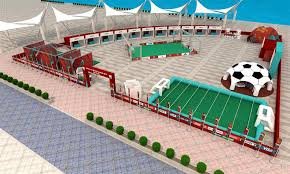 West Ham Vice Chairman Karen Brady has confirmed plans are in plan to create a new Fanzone outside the London Stadium in conjunction with Heineken.  Brady answering members questions to inaugural West Ham United Supporters board

The London Stadium has expierenced fanzones for Athlertics and the Rugby World Cup but not for football. It is hoped that a new fanzone will help will with security search times as supporters turn up to the stadium island earlier and hope generate more revenue will could help the stadium onwers, operators, caterers and West Ham.