Posted by Hammers Newshound on October 2, 2015 in News, Whispers

£599 Band 3 season tickets for the Olympic Stadium for been on sale for 10 days now and the views that can be expected for season ticket holders have started to leak out against the club’s policy of no photos.

The virtual view below is from one season ticket appointment at West Ham’s Strafford reservation centre which shows a seat in the Lower stand corner in section 132. Currently Band 3 season ticket holders at the Boleyn Ground at those located in the Bobby Moore upper and those in the upper corners of the Betway west stand. Adults will see they season ticket prices reduce 25% from this season to £599, Overs 65’s and U21’s will see a 25% reduction to £299 while the Under 16’s get a 57% reduction to just £99.

Band 3 appointments are expected to be completed in November at which time £499 band 4 appointments will begin. 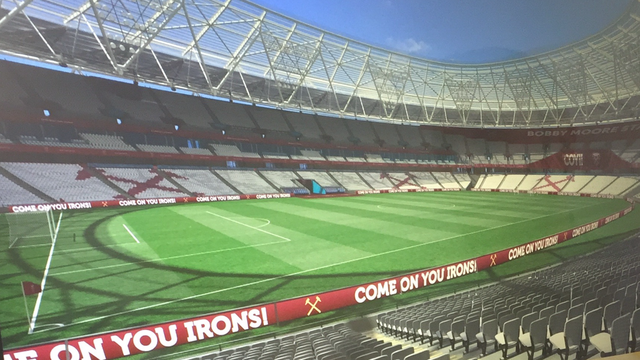