Recovering Iron may have a chance against Anderlecht 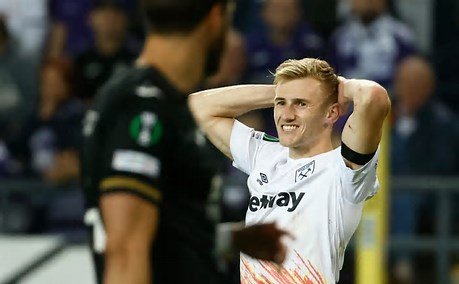 Maxwel Cornet has a fifty fifty chance of being involved in the squad for the game against Anderlecht at the London Stadium tomorrow evening (Thurs).

David Moyes has revealed the player is making a good recovery following his injury against Wolves and there’s a chance for the summer signing as the Hammers look to take another step towards heading their Group .

Beyond Cornet, the Irons only have Nayef Aguerd with a problem, but it seems likely that Kurt Zouma may be missing from central defence with either Ben Johnson or Angelo Ogbonna coming in to partner Craig Dawson.

However, a near all change line up is on the cards from that which beat Fulham with the likes of Flynn Downes and Manuel Lanzini appearing in midfield.

Moyes may be tempted to include two or three regulars however, given that it was Rice, Bowen and Paqueta who set up the winning goal in Belgium.

Anderlecht’s injury issues surround central midfielder Adrien Trébel, who has been out with a shoulder injury since August, and Belgium U21 international defensive midfielder Marco Kana, who has only featured once this season.