Posted by Sean Whetstone on November 20, 2019 in News, Whispers 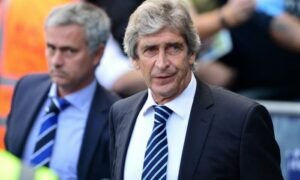 Jose Mourinho is set to lead Spurs out against West Ham at the London Stadium on Saturday lunchtime.

Earlier today we reported that the Under 18’s Spurs manager was due to take charge based on a report by fan site Spurs-web.com but information now appears to be incorrect.

Pochettino was sacked on Tuesday evening with Spurs Chairman Daniel Levy saying: “Regrettably domestic results at the end of last season and beginning of this season have been extremely disappointing.”

Mourinho took charge of Spurs training today and sources have since confirmed to Claret and Hugh that he is expected to take his place in the London Stadium dugout.

We are sure the mind games will begin again tomorrow as the Special One as he gives his first pre-match press conference.

One is for sure Premier League press conferences will not be dull with Mourinho and massive ego back on the scene.