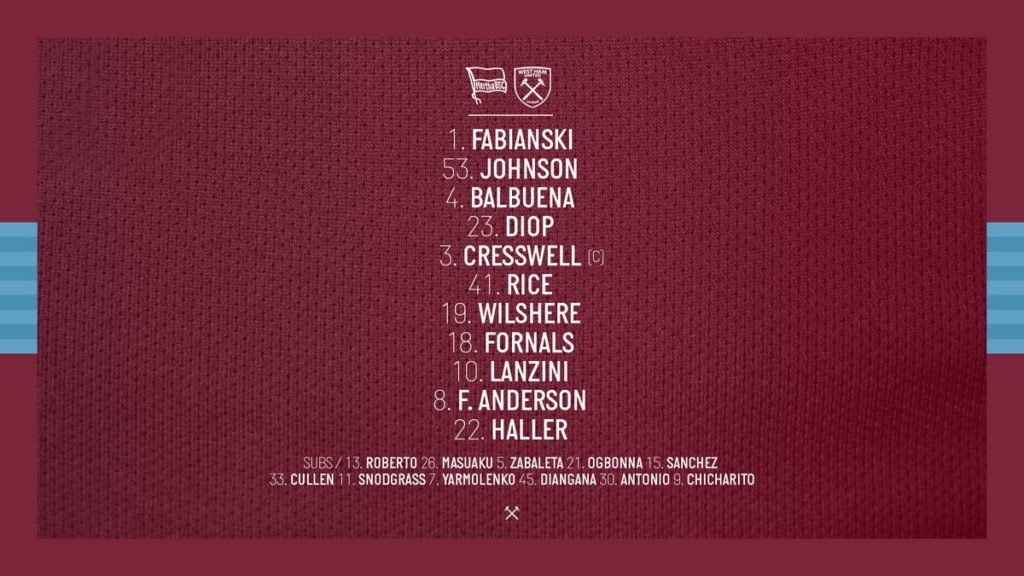 West Ham ‘s starting team for this afternoon’s pre-season fixture with Hertha Berlin has been confirmed, with manager Manuel Pellegrini electing to name an unchanged starting XI for the Austrian fixture.

On the bench, Angelo Ogbonna returns after missing out at the weekend. The Italian will join the ten substitutes who featured against Fulham, of which nine made an appearance in the second half. Despite travelling to Austria Mark Noble who suffering from a dead leg and Ryan Fredericks who was suffering from a groin strain have not been named.

Winston Reid also doesn’t appear in the matchday squad for the second game running and there are doubts whether he made the trip.

Strange last-minute change in goal the West Ham starting XI.  Lukasz Fabianski has been replaced by Roberto, while David Martin comes in on the bench.
Permalink