Adventure ends but twists and turns are on the way

I’ve had the privilege and pleasure, although sometimes not so pleasurable it has to be said, of following my beloved West Ham United the length and breadth of this country of ours for more than 60 years.

But not in all of those loyal years of ‘service’ to the club have I ventured overseas. Becoming a part of our ‘European Tour’ as some like to call it.

That my first foray abroad should have ended in heartache and heartbreak was disappointing in the extreme – but it was still an occasion I will recall and relive with immense pride and satisfaction. It’s a tick on the old bucket list that no-one can take away from me. 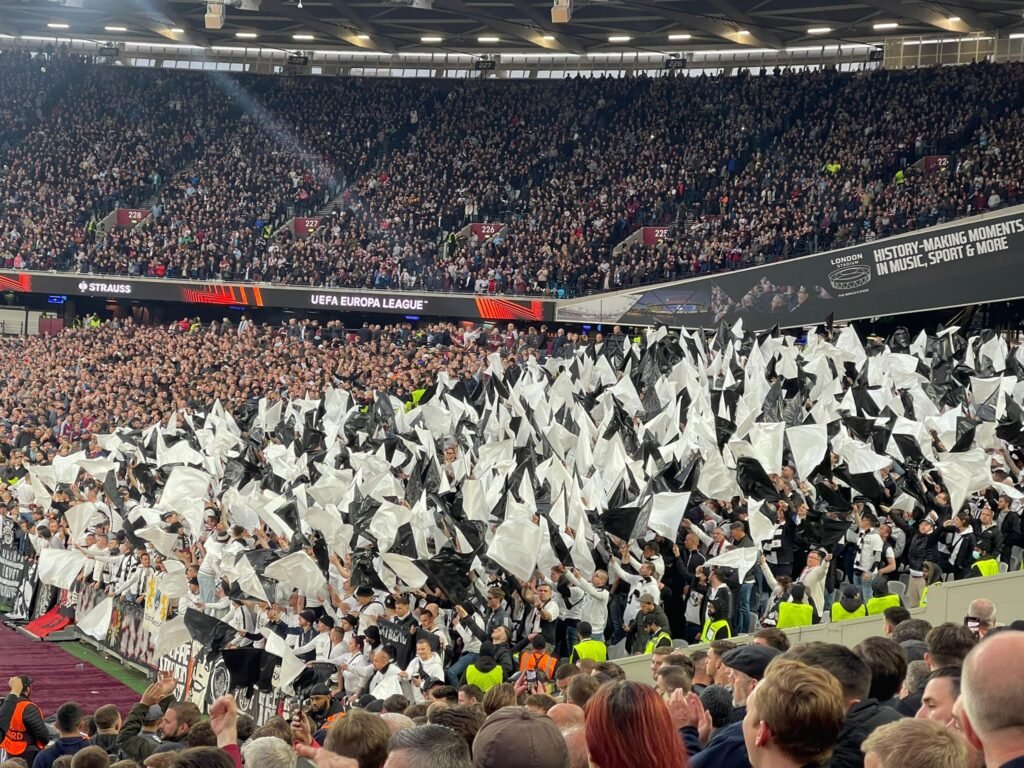 The atmosphere in the Deutsche Bank Park Stadium on Thursday was incredible. You really had to be there and witness it for yourself to fully appreciate it – and at the same time realise the intimidation it must have put our team under.

That Declan Rice and the boys put up such a fantastically spirited performance on the night under such extreme pressure, not helped by going a man down so early in the game, was nothing short of remarkable.

The players fought tooth-and-nail against the 11 wearing Eintracht Frankfurt colours – plus the one wearing yellow – who frankly gave us virtually nothing on the night. In my opinion Declan was more than justified in telling that particular official – and we’ve had a few others like him – exactly what he thought of his performance.

Deccers said what most of us thought.

As the West Ham Board have already said in a statement, reported here on C&H, this has been a magnificent season for the club and a magnificent effort from the players and David Moyes and his management team.

The European adventure might be over – but there is still plenty to play for in the Premier League. We’ve been hearing lately the players are tired, stretched beyond the limit, dead on their feet – but that’s a view coming from the side lines, not the players themselves.

Norwich on Sunday has probably come sooner than the manager would have liked. But it is what it is and he will address the challenge the way he has always done.

Some have previously been calling for the ‘youngsters’ to be thrown in to give the senior players a rest in preparation for Europe. Now the call will be ‘play our strongest side’ in a bid to secure as high a finishing place as possible in the league. Moyes will do what he has always done – play the side he believes can win the game.

This isn’t the time to hold an inquest on the season. Inquests usually come about when life has expired. That’s certainly not the case yet for this team of the manager.

There are three more games to play and the possibility of more twists and turns to come. Worst case scenario is we finish eighth – which may even yet be enough for a ticket into Europe again in certain circumstances.

Whatever eventually happens the 2021-22 season has been one to celebrate as another step in the right direction for the re-emergence of this club of ours!!