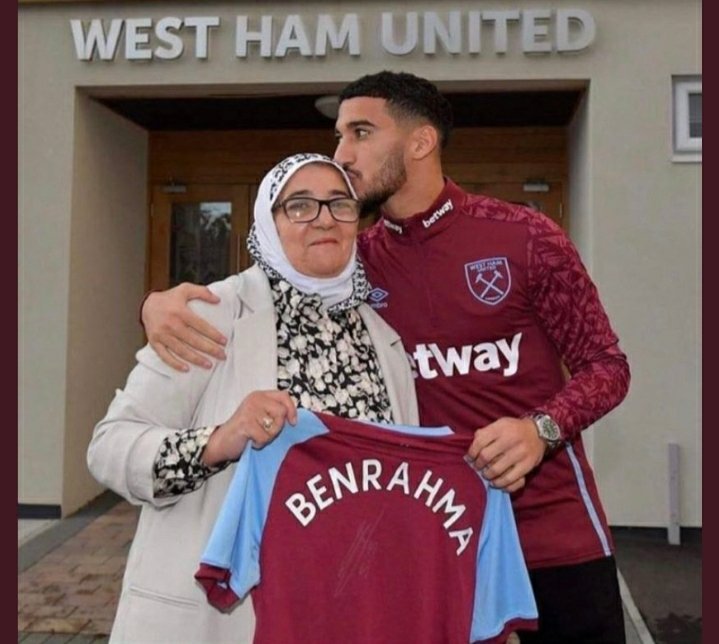 New signing Mohamed Said Benrahma bought his mother with him to the Rush Green training ground for his West Ham signing yesterday.

Benrahma’s father sadly passed away in January earlier this year and the 25-year-old winger later paid tribute to his dad after scoring a hat-trick for Brentford in February against Hull City.

Benrahma was born in Aïn Témouchent, North-West Algeria and grew up in Sidi Bel Abbès. He moved to Toulouse, France with his parents at the age of eleven and holds a French passport. Benrahma is said to be a big family man and is very close to his mum and his sisters.

Said thanked his mother on social media yesterday for all her support in his football career.

Despite leaving as a young child Said is very proud of Algerian roots and is delighted to represent his country in the Premier League and for his national team.

← Video: The very best of Benrahma
Pundit: Hammers will “make it very hard for Tottenham” →
Click Here for Comments >