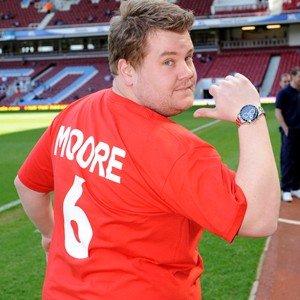 Gavin and Stacey star and mega West Ham fan James Corden  has  revealed he’s a hugeSam Allardyce fan and snapped:  “I hope any West Ham fans that were calling for Sam’s head have taken notice of the recovery.”

And he added: “”I hope a few of them come forward and apologise for how they’ve been and how some of them have been for his whole leadership.”

The comic today became guest editor of The Sun and wanted to ensure that the Hammers boss was involved in the paper.

Corden took over the running of the newspaper for a day in aid of Sport Relief as the charity gears up for its weekend of events, which last from Friday through to Sunday.

He said:”It was great to see Big Sam, I loved it and having a chat with him was the only thing I really insisted on for my guest editorship.

“It’s all about finding different ways to spread a message and try to raise money, so in that respect I’m very honoured to be the first person to do such a thing. I really have enjoyed it, it has been really good fun.”

Corden is a delighted with the team’s upturn in form since Christmas and added: “I think we’re in a great place, the atmosphere in the team looks great. It seems we have a real team instead of disparate individuals.

“Our fully-fit first eleven can compete in the top half of the Premier League, when you think of the last few years and some of the managers we’ve had that’s not always been the case.”

With Manchester United visiting the Boleyn Ground on Saturday, Corden revealed that he hoped to be there to cheer the Hammers on.

He added: “It’s an easy three points isn’t it?! I was a bit worried when I watched them against Olympiacos and I do hope Ryan Giggs isn’t playing, but if we can get away with a point that would be great.

“I hope to be at the Boleyn Ground to watch the game!”