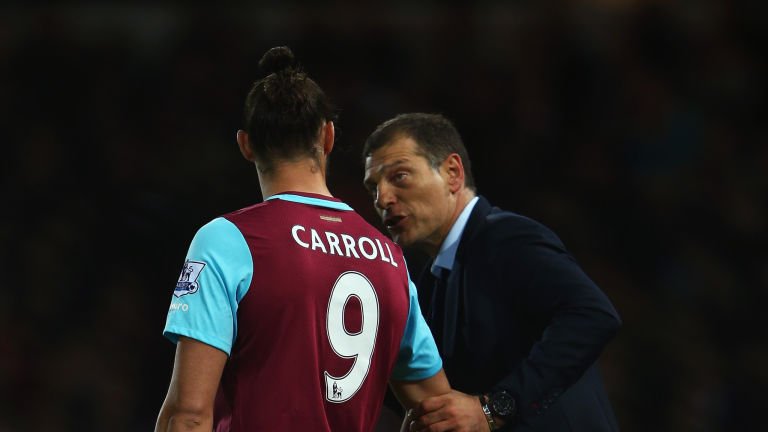 Boss Slaven Bilic has warned Andy Carroll he needs a shed load of Irons goals if he’s to play a part in the  European Championships in France this summer.

The striker’s headed goal against Liverpool was just his third goal in 13 appearances this season and Bilic said: “He’s got the quality but has to show it on a longer scale.”

In a highly interesting piece of public man-management, former Croatia national coach Bilic said “To talk about the Euros is wrong for him.

“If England is a serious national team and you’re trying to win the Euros then you can’t talk about the national team when the player has scored three goals.

“He’s got all the quality. To ask me does he have quality then, yes. But he has to show it on a longer scale and now it’s there. “He’s got a chance.”