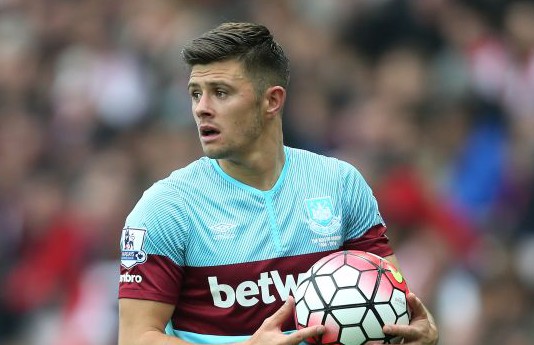 Aaron Cresswell has dropped a heavy hint that the Hammers may have Declan Rice back against Brighton this evening.

The left back who has suffered injuries himself over recent gaes goes to the south coast hopeful of the first of three results which can catapult us back towards Champions leage football, tricky though that now looks.

Whatever happens on that front it should be remembered that the club looks set for the highest finish this century. Getting Declan back would help enormously and hopefully Aaron is right in believing that could easily be the case.

As he comes to the end of his seventh season with the club Cress has had his shares of ups and down but is probably playing as well as he ever has in claret and blue.

It would mean – should Cress himself be fully fit – that he will surrender the armband to the 22 year old should Nobes not be in the team.

And he said – speaking to www.whufc.com: “ He’s (Declan) had a fantastic season and for someone so young to captain the side obviously when Nobes is not playing, he’s got a fantastic future ahead of him.

“It’s great to have him as part of our team. Hopefully we’ve got him back this weekend and he can kick on and go to the Euros as well.”