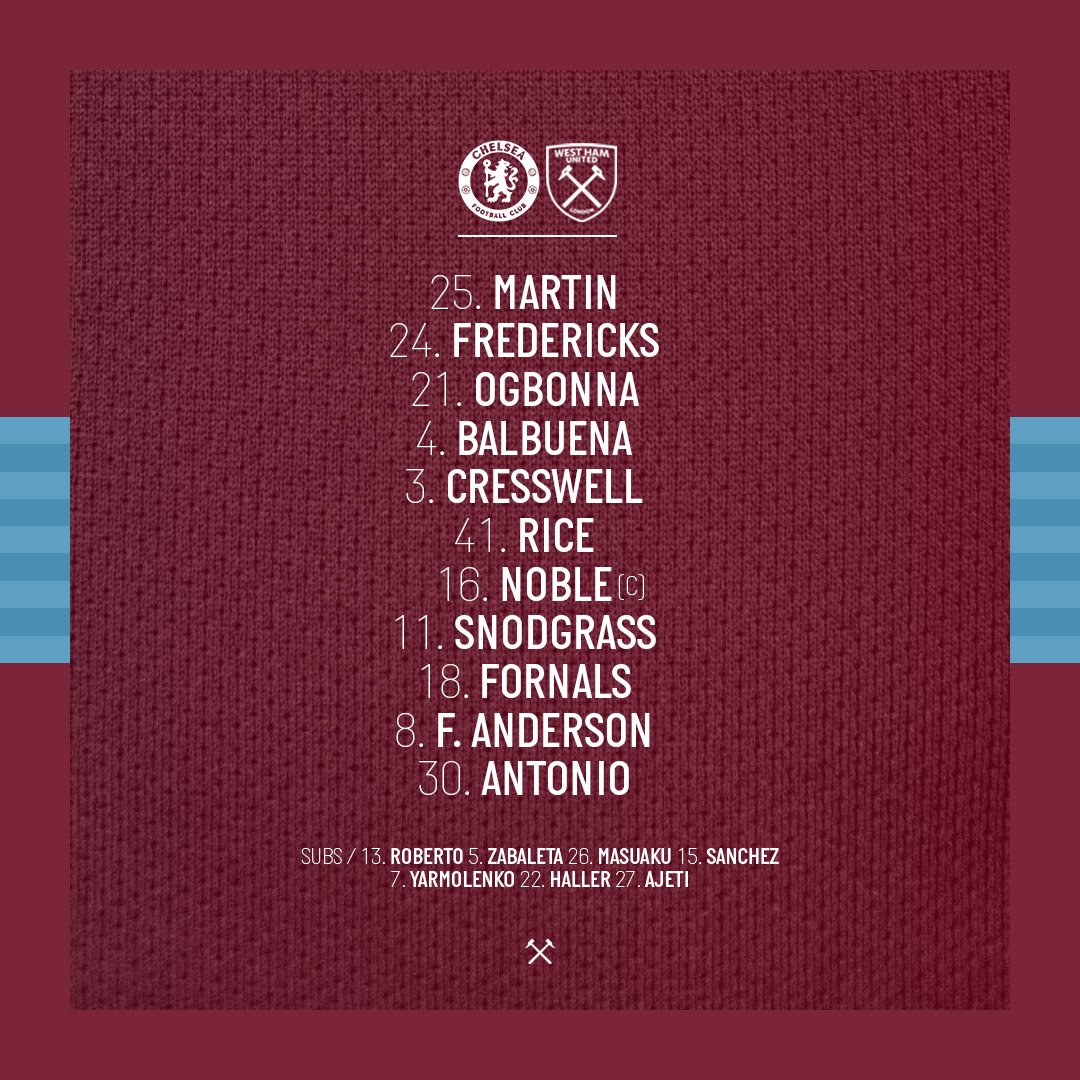 David Martin starts in goal for West Ham today as Roberto is dropped to the bench this week by the manager.

Sebastien Haller is also dropped to the bench as Michail Antonio is promoted to be upfront on his own.

Fabian Balbuena comes in for the suspended Issa Diop while Pablo Fornals replaces Yarmolonko in midfield.

Arthur Masuaku returns to the bench after a four-week absence where he is joined by Pablo Zabaleta, Carlos Sanchez, Yarmolenko, Seb Haller and Ablian Ajeti.

It is a brave move by the 66-year-old Chilean who is under a lot of pressure to get something out of today.

4 comments on “David Martin starts in goal for Hammers”