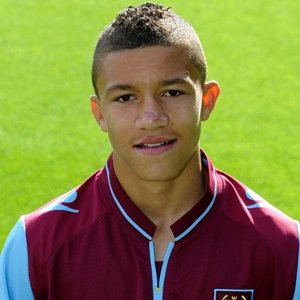 Bishops Stortford FC have signed up  former West ham Academy defender Cheye Alexander ahead of tomorrow’s FA Trophy game against Chelmsford City. The 19-year-old right-back came through the Hammers youth system before joining Port Vale in the summer of 2013.

After a year there he joined Concord Rangers in the summer and came on a substitute in their 1-1 draw at Mansfield Town in the FA Cup first round.

The young right-back was diagnosed with Osgood-Schlatter disease – an irritation of the patellar ligament that causes acute pain in the knees while at West Ham Academy.

“Last year was hard and I wondered whether I would get to where I have now. There was always a thought in the back of my head whether I would make it back, but I feel good and I’ve just got to keep going now. I’ve still got the Osgood’s, but it’s going now. Last season I was smaller than everyone else and the coaching staff didn’t think I was physically ready for Under-18s football. The gap was too big, so they kept me down in the Under-16s so I still got my pitch-time and built my strength up from there.I now feel a lot stronger and can deal with the demands of Under-18 football”

Lifelong West Ham fan Alexander was at the club he supports since the age of seven and believed that other clubs would not have shown the same patience in helping him regain his fitness from his illness.