West Ham held Chelsea today in the Women’s Super League to a 1-1 score draw at Kingsmeadow in Surrey in front of a crowd of 2,854.

But West Ham equalised with a header from ex-Blues defender Gilly Flaherty. Chelsea were playing in their first fixture since their 3-2 aggregate win over PSG in the quarter-finals of the Women’s Champions League.

The Hammers will travel to the home of Wycombe Wanderers, where the semi-final tie will be decided on the day, on Sunday 14 April for a 12.30pm kick-off. 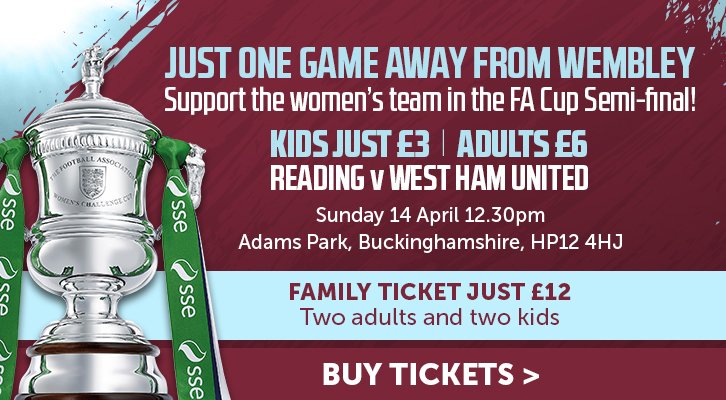